The Odessa: Timber Block’s Newest Addition to the Contemporary Series 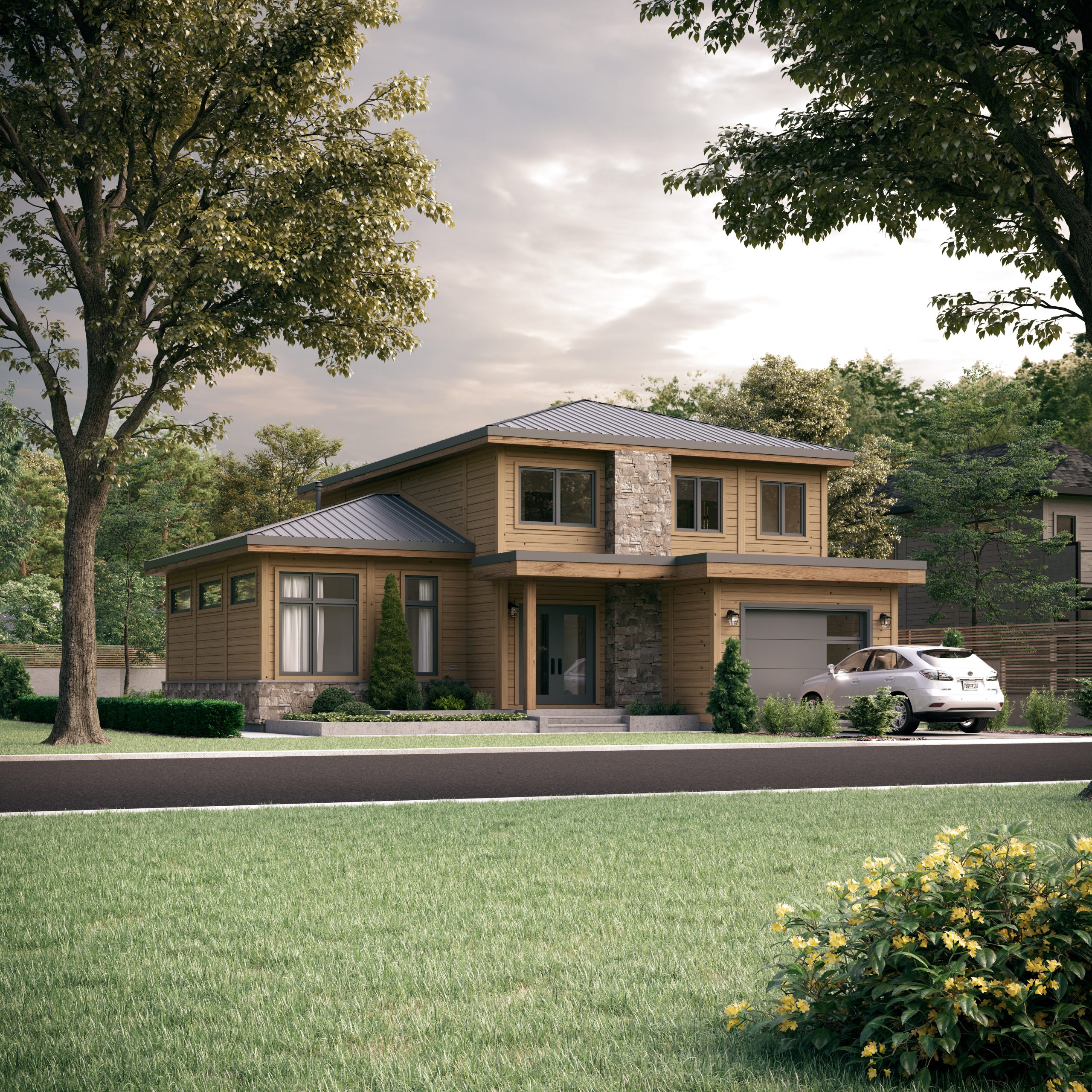 Timber Block continues to expand our beautiful collection of homes – and this time, we’re adding to our Contemporary Series.

Say hello to the Odessa! The Odessa is a gorgeous 2 story, 3 bed, 3 bath, 2291 square foot home. We discussed this new model with Timber Block’s Lead Design Advisor, Josh Counter, and we asked him what inspired the Odessa. “The Odessa was actually a rendition of one of our clients’ custom design! It really checked a lot of boxes of what might be missing from our plan book for future clients. The overall inspiration would be to take a more modern approach to the architecture, allowing it to be warm and inviting. We introduced modern elements that aren’t often seen in our contemporary series such as the stone tower in the front façade which was actually inspired by Mid-Century Modern design.”

Josh says the Odessa was designed with some key elements often requested from clients who choose to go the custom design route. “One of the biggest features is that it was designed to fit on standard developer lots (mid to large scale),” says Josh. “A lot of the contemporary series is designed to fit waterfront properties or places with a lot of land. This one could actually be built in the city. Another common request from clients building in this square footage range, is to have a large kitchen. The Odessa does not disappoint on that request.” Josh says there are more special features that sets the Odessa apart from other plans. “The home office is located right off the front door  – it’s perfect for people who work from home or have their own business. In addition, there is a large ensuite with separate tub and shower, and his/hers closets.”

We talked to Josh about the difference between modern and contemporary design. “This is a great question! Often times, the line between modern and contemporary get blurred. In architecture, the two of them are very different – with some slight similarities. Modern design is timeless – whereas contemporary design is what is popular right in this moment. Often, contemporary design is fluid with its style blending many types of inspiration into one design. You’ll see pops of color, fun patterns, and a lot of personality can shine through. On the other hand, modern design is more structured. It typically uses neutrals and clean lines. To give an idea of the difference, you can find designs from the 50s and 60s that are considered modern.” Josh says with all that said, there are many ‘hybrid’ styles such as ‘Modern – Farmhouse’, ‘Traditional Contemporary’, ‘Mid Century – Modern’,  etc

Josh works with the client primarily in the beginning of the design process. He creates the initial schematic designs that allows the client to visualize their future build without all the technical information clouding the plans and making it hard to read. They focus on the flow, scale, materials, and architecture of the building. Then once that’s finalized, they move it to the technical designers to draft the construction plans.

Ready to chat about your project?

All our offices are open. Please call to book a visit for our USA location.